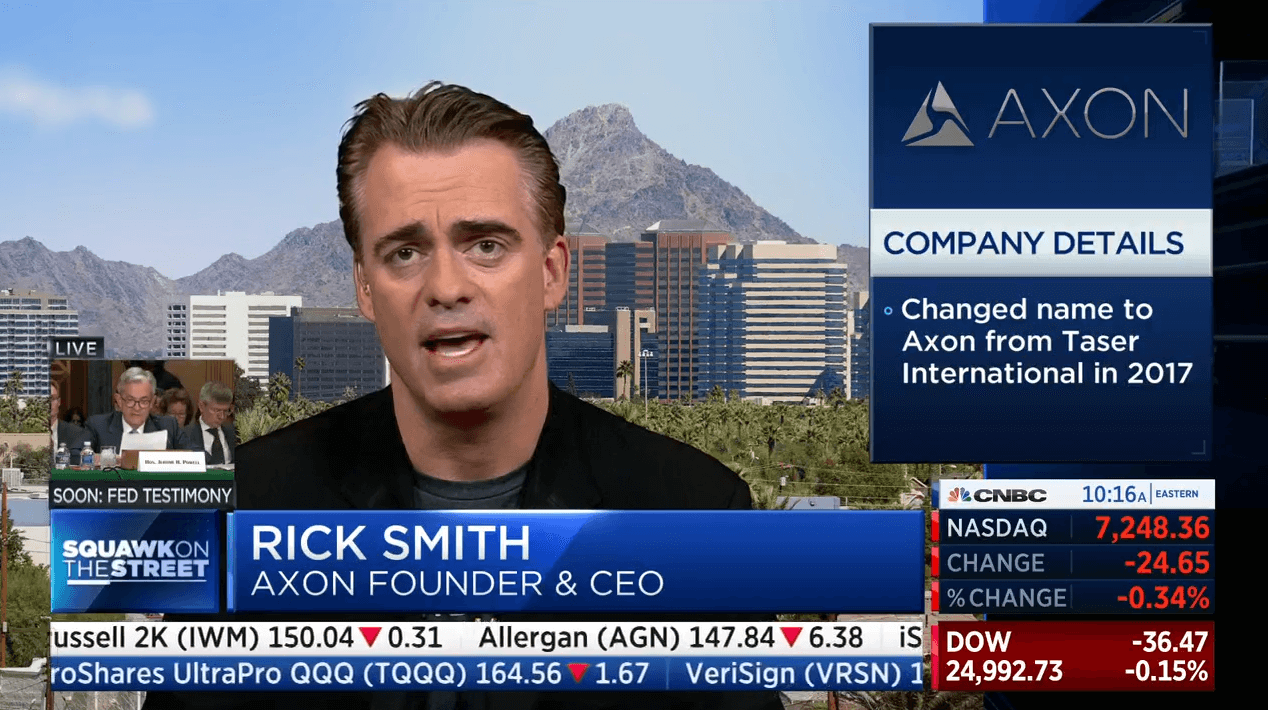 Another school shooting. Another fractious debate. Another round of news cycles, with well-meaning people on both sides pressing their case.

What will result? If history is any guide, very little. Both sides will exhaust themselves arguing and lobbying, and they will, in all likelihood, fight to a draw. There is an alternative approach, though—one that history shows us could lead to new and innovative solutions to old and intractable problems like school shootings.

In the early 2000s, the Defense Advanced Research Projects Agency (DARPA) was vexed by a problem straight out of science fiction: could you create a car with no human driver?That kind of “self-driving car” technology had obvious military applications, but leaders at DARPA could sense its wider civilian applications as well.

Out of that question came an audacious idea: the DARPA Grand Challenge, a $1 million prize authorized by Congress to anyone who could build a car that would drive itself from Barstow, CA, to Primm, NV. Over the next year, hundreds of engineers, companies, weekend tinkerers, and university researchers competed with each and built and tested vehicles. Fifteen finalists were selected, and on March 13th, 2004, 15 autonomous cars set off into the California desert.

Not a single car made it all the way to Primm, but DARPA saw what was obvious to everyone who competed: the Grand Challenge spurred a great deal of innovation in a very short time – and importantly, it drew many people the world over into the effort. So DARPA decided to double the prize and run the competition again. One year later, a team from Stanford University took home $2 million when its vehicle completed the assigned course in a little over six hours. The Stanford team was the fastest of five that finished the race.

That Stanford technology was acquired by Google. A few years later, the innovations and discoveries born in that desert led to the first successful tests of autonomous vehicles on American streets. Today, every single car company in the world is working to build its own version of these vehicles. And we can trace all of that back to DARPA's Grand Challenge.

As Lt. Col. Scott Wadle, DARPA’s liaison to the U.S. Marine Corps, put it, “That first competition created a community of innovators, engineers, students, programmers, off-road racers, backyard mechanics, inventors and dreamers who came together to make history by trying to solve a tough technical problem. The fresh thinking they brought was the spark that has triggered major advances in the development of autonomous robotic ground vehicle technology in the years since.”

Fresh thinking – exactly what the problem of gun violence in schools needs. That’s why I'd propose that the President of the United States call for and Congress authorize a similar effort targeted at gun violence in schools: a $5 million prize and the launch of the first-ever Grand Challenge on School Safety.

I have some experience with challenges of this kind leading to innovations we can't anticipate. I founded and run a company called Axon, which manufactures less-lethal weaponry, including the TASER stun gun. That company originates in a government-backed challenge issued at the highest levels: President Lyndon Johnson's Commission on Law Enforcement recommended, among other things, that the law enforcement community find better and more effective non-lethal weapons for situations of public unrest. A scientist named Jack Cover left his day job at the Apollo Moon project to take up the challenge—and in time, the TASER conducted electrical weapon was born.

Technology can often offer solutions where politics and policy do not. Private industry, universities, research institutes, national and military labs, and even weekend researchers – all may have an approach to the problem of gun violence in schools that hasn’t been considered, an idea that hasn’t been tested, a solution that doesn’t involve the changing of laws, or even the changing of minds. Those entities and individuals just need the right incentive and competition. They need a challenge.

The time for such a challenge is now. The technology of public safety has evolved rapidly, and with developments in artificial intelligence technology, drones, advanced sensory devices, and non-lethal weaponry, a high-tech solution to the problem of school shootings may be well within our grasp. We do not know what the precise answer will look like, but we do know that asking the question – How do you use technology to stop school shootings?– is a worthy one to ask. If asked at the highest levels of our country's government, it can bring out the best in innovation.

This is a problem that, everyone agrees, requires action. And taking the step of announcing a Grand Challenge on School Safety is an action that can be supported by everyone. It's a break in the debate, a truce, a path forward for the country that could help us build the tools that ensure that no more children have to die in a schoolhouse, while still respecting the rights that many hold dear. We may not find the answer in a year, or even two, but the creation of such a prize can call forth our nation’s and the world's ingenuity – and maybe, just maybe, help us avoid a news cycle like this in the future.